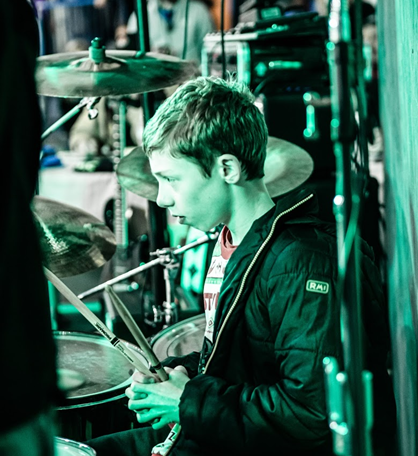 Jack has been a student at Bach to Rock for 2 years! In April 2019,  he joined our band program and is currently the drummer of “ilr” who won Most Fun in our 2021 Virtual Battle of the Bands. Now a Level 3 Drum student, he has made tremendous progress and participated in countless performances and events.

His private lesson instructor and band coach, Dan, adds, “Jack has a keen sense of the way songs are built. He understands the way he interacts with guitarists, bassists and singers as a drummer. He does a great job playing both solo and in a band!”