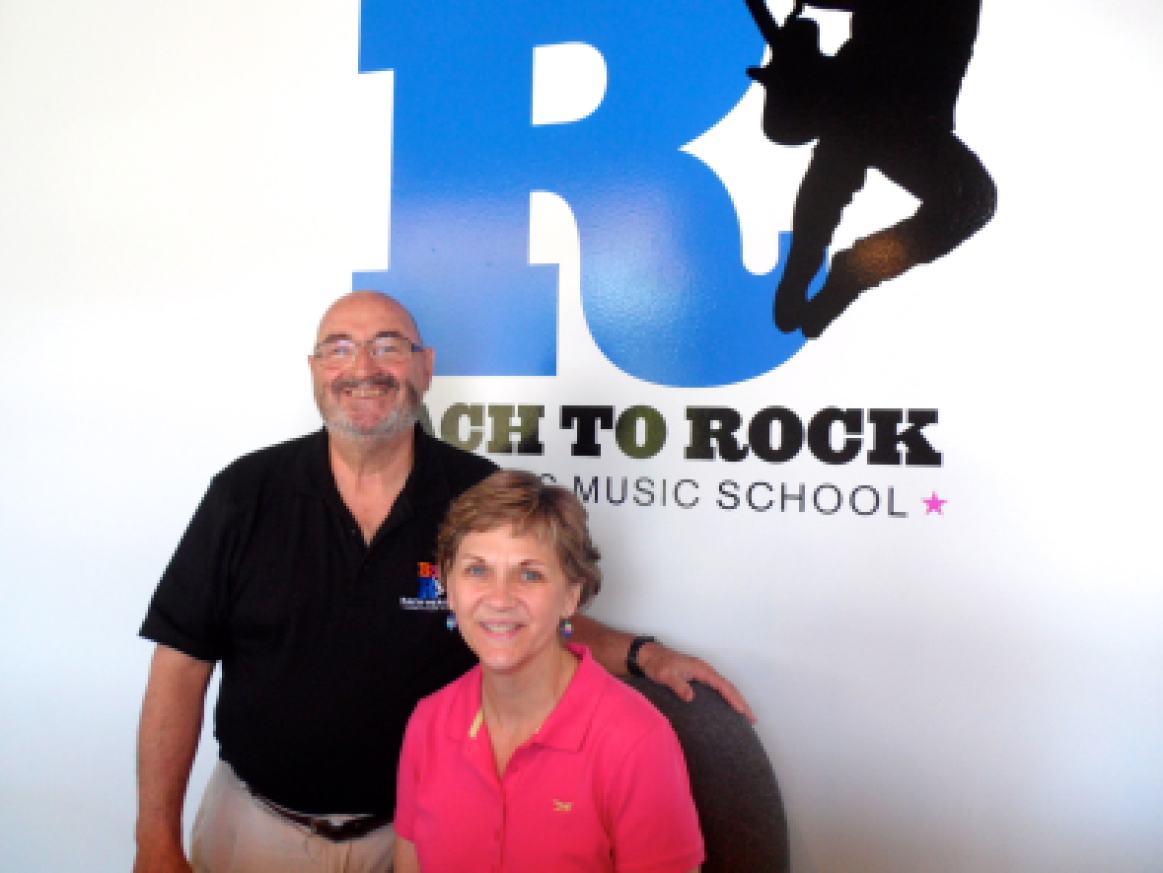 Approaching retirement brought Dave Leonard and Ellen Good back to their love of music. Both the owners of Bach to Rock first dabbled playing instruments in their childhood.

“We both had our own businesses for many years and were retired almost. This was a great new career to pursue and we love working with young people,” co-owner Dave Leonard said. “I had a long-running interest in both music and education, and this is a way to pursue both.”

Leonard and his wife Ellen Good, of Kennett Square, opened Bach to Rock in the new stretch of Devon Shopping Center facing Sugartown Road in mid-July, undertaking the new venture after attending their granddaughter’s piano recital. The location is the second franchised branch and the first Bach to Rock to open in Pennsylvania.

A native from across the state, Dave Leonard was born in Pittsburgh and began his instrumental career with a trumpet at 10 years old. In years following, he played in the high school band, transitioned to the keyboard and concluded with a four-decade background in the guitar. His first guitar, the 1966 Gibson J-45, “still sounds great” as he strums his favorite roots and blues genres. He prefers lyrically oriented songs, and “of course” likes Bruce Springsteen.

Leonard’s professional career was rooted primarily in retail services and restaurant services, but he always had a knack for teaching as he obtained his masters in education. Now, he will spend every day at Bach to Rock with his wife and co-owner, occasionally teaching, but primarily handling administrative tasks to “help the school run right.”

Originally from Lancaster County, Ellen Good enrolled in piano lessons at the age of 7. By fifth grade, she played the string bass for her elementary school orchestra, leading to her participation in high school as well. In her teens, she took part in the district, county and state orchestra, leading her to meet new people outside of her school band.

Now, she is learning to play Irish tunes on the harp, which she said sounds pleasant with any genre, including popular music.

Prior to opening Bach to Rock, Good was self-employed as an insurance broker, but described herself as a “social worker by training.” Her engagement in social work inspired her to cultivate the arts within the children and families in the area.

Read the article on Patch.