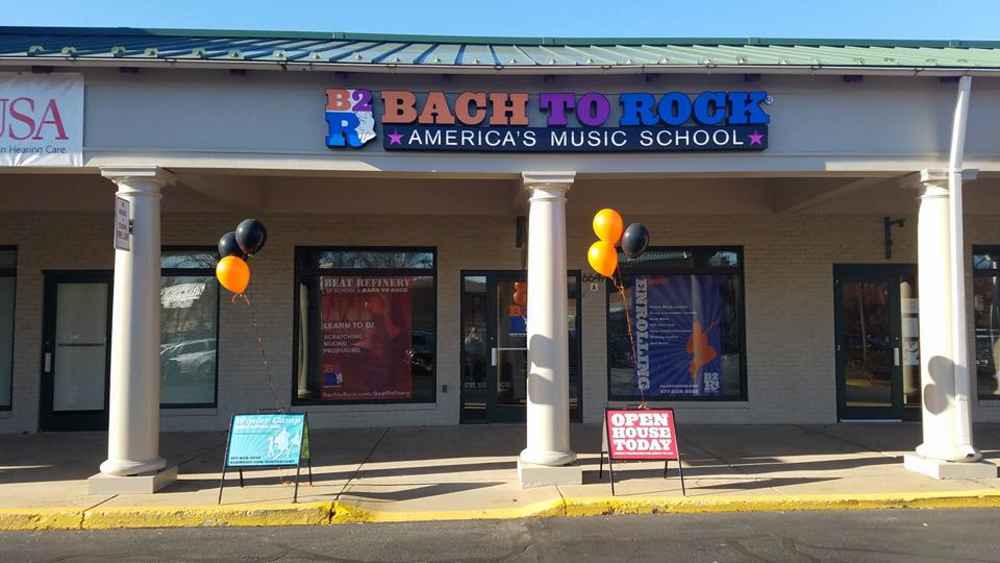 Meeting the Needs of Music-Loving Students

Bach to Rock (B2R), America’s music school for students of all ages, announced today the relocation of its McLean school to a newly designed and more contemporary facility just two blocks away. The school will also feature additional music programs such as DJ lessons to meet the needs of aspiring students in Northern Virginia and Washington, D.C.  The community is invited to the grand opening festivities on Saturday, January 7 from 10 a.m. – 2 p.m. at McLean Square, next to Balducci’s, 6649-A Old Dominion Drive, McLean, Virginia, 22101.  The free event will feature:  tours, music lessons, band performances, “Mommy and Me” classes, prize drawings and giveaways, recording studio sessions, along with the opportunity to meet the teachers and learn more about the school’s repertoire of classes.

“The new McLean location has many amenities we are excited to deliver to existing students and prospective students.  It features a dedicated studio for one of our most popular programs, the Beat Refinery DJ School. This is one of the coolest programs we offer,” said President of Bach to Rock, Brian Gross.  “The DJ culture has taken over virtually every music genre and local interest is exploding.”

Bach to Rock McLean will offer a variety of programs for students of all ages including: individual lessons; group classes such as Rock Band; the Rock City program for preschooler and toddlers; Kids-n-Keys for children in grades K-2 interested in piano; along with summer camps and birthday parties. Studies have shown that learning to play music in a group helps students learn teamwork, develop social skills and build self-esteem, among other benefits.  The school will also feature Bach to Rock’s new Touch Screen Tablet Technology, which allows teachers to customize lessons; gives parents the ability to view their children’s progress and homework; and provides administrators with the necessary tools to ensure students are receiving a well-balanced music education.

Bach to Rock is expanding at a robust and steady pace.  The franchise has repeatedly been named to Entrepreneur’s Franchise 500 and was listed in the Top Ten Trending Categories for 2016. Franchise Times has ranked it as one of the 500 Powerhouse Brands and on its Next 300 Franchise System list.

For More Info on Bach to Rock/McLean

Bach to Rock (B2R) is a music education school for students of all ages from early childhood through high school and beyond. B2R knows learning music should be fun and students learn best when they play music they enjoy. Weekly ensemble instruction and band formations lead to public concerts, Battle of the Bands and recording sessions in B2R’s professional recording studios. B2R builds technique, fosters teamwork and enhances self-esteem through private lessons, band instruction, and public performances. Bach to Rock opened its first corporate-owned location in 2007 in Bethesda, Maryland. With its most recent opening in Scottsdale, B2R has grown to 20 locations, with schools in Arizona, California, Connecticut, Florida, Georgia, Maryland, Massachusetts, New York, North Carolina, Pennsylvania, Virginia and Texas. Eighteen additional schools are scheduled to open in Arizona, California, Connecticut, Florida, Illinois, Maryland, New Jersey, New York, North Carolina, Oregon, South Carolina, Texas and Virginia. Follow B2R on Facebook at www.facebook.com/BachtoRock and on Twitter at www.twitter.com/BachtoRock. For more information, visit www.bachtorock.com or call 1-877-227-8558.