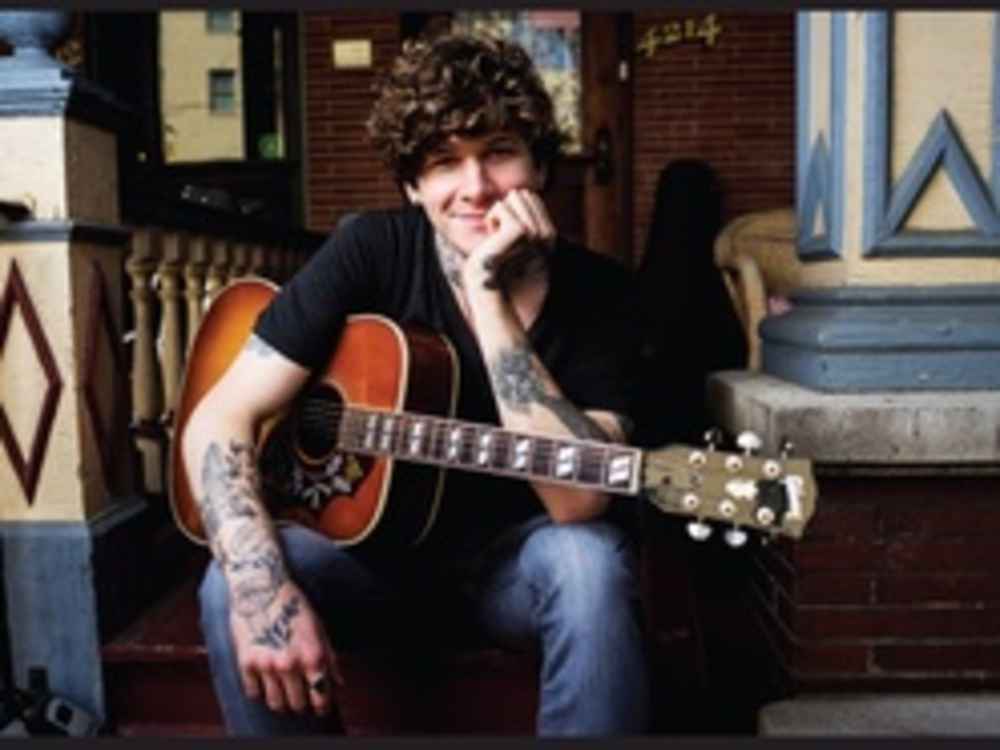 Last night on The Voice, University of the Arts graduate Matt McAndrew pulled out a blind audition that had mentors Adam Levine, Pharrell Williams and Blake Shelton turning their chairs around to duke it out for him.

McAndrew—a music instructor at Bach to Rock in Wayne, Pennsylvania—decided to go with Adam Levine despite a hard sale from Pharrell. NJ.com reports that McAndrew will advance to the next round with “two female singers from Freehold, Alessandra Castronovo (also on Team Adam) and Gianna Salvato (on Team Gwen Stefani), plus Florida singer Ricky Manning (Team Pharrell Williams), who is staying with his father in Jersey City while he busks in New York City.”

First to the stage is Matt McAndrew, a 23-year-old from Philadelphia who has a voice degree, works at a grocery store, and teaches music to kids at a school called “Bach to Rock.”

He has a sort of Coldplay sex geek thing going on and is so incredibly compelling that he causes Adam to say not one, not two, but THREE sentences that mean absolutely nothing: “The minute I heard you start, the first thing that popped in my mind was like, I gotta get in on this now. …There’s something about you that’s really spectacular … I felt like I was seeing a really accomplished and mature artist.” OK dokey, professional music judge.

Gwen adds that she was surprised that a man could have emotions.

Then Pharrell and Adam bicker for 20 minutes about who is the best at collaborating:

“The coach-artist relationship is not being afraid to collaborate.” — Adam”I know a thing or two about collaboration [KNOWING WINK] … I take my ego off at the door. You are the subject of the painting, my friend.” — Pharrell”Being in a band for 20 years, collaboration might be my middle name. I’M SERIOUS.” — Adam

(Fact check: YOUR MIDDLE NAME IS NOAH, YOU LIAR.)

Matt picks Adam, because they are “cut from the same cloth.”

First up is Matt McAndrew, a grocery store clerk and music teacher at a school called “Bach to Rock.” Wait, is that real? Is it too late for me to apply? Post-post-post graduate program maybe? It’s the real life School of Rock! He’s singing A Thousand Years by Christina Perri, and of course his soft, buttery, high-ish voice gets a real quick turn from Adam Levine. He’s really quite good, and he works in a really natural build, without ever losing the softness. Blake Shelton and Pharrell jump on board as well. This really comes down to a battle between Adam and Pharrell, as Blake seems resigned to not getting this bespectacled, tatted up indie rocker on his team.