Matt McAndrew of Bach to Rock in Wayne, Pa., Took the Stage During Show’s 7th Season 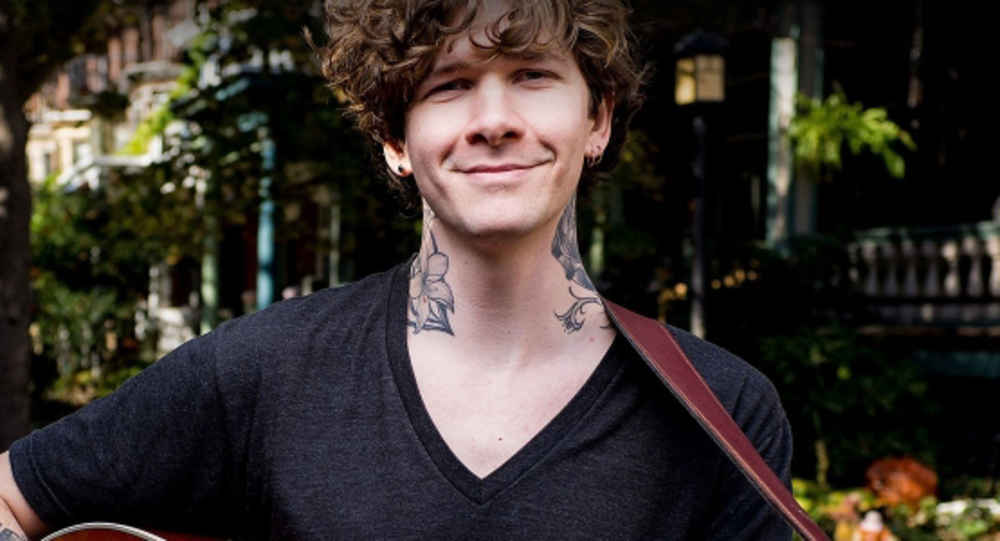 Bach to Rock (B2R), America’s music school for students of all ages, announced today that Matt McAndrew, a musical instructor at one of its franchise-owned schools in Wayne, Pa., took the stage last night on NBC’s Emmy-Award winning musical competition series, The Voice. McAndrew, of Philadelphia, performed during the blind auditions and chose to join Adam Levine’s team.

“Matt is exactly the kind of instructor we love to have at our schools across the country. His passion for music and talent on and off the stage is reflected in teaching, which keeps students engaged and excited to learn,” said Brian Gross, president of Bach to Rock. “We wish Matt the best of luck as he continues in the competition and know he will only grow as part of Team Adam.”

“It has been great having Matt as part of the Wayne Bach to Rock team. Everyone here is rooting for him as he enters the first round of auditions on The Voice,” said Ellen Good, who owns Bach to Rock in Wayne with her husband, Dave Leonard. “Since joining B2R in 2013, Matt has truly inspired a number of students to take their music to another level. Matt also has developed a student band at Wayne B2R, which is performing locally and learning the skills needed to be a real music team. We are excited to see where his talent will take him.”

As a singer, songwriter and recording artist, McAndrew has approximately 40 songs to his credit and an album available for download on iTunes. McAndrew has a Bachelor of Arts degree in vocal performance from The University of the Arts in Philadelphia. His work can be viewed at www.mattmcandrewmusic.com.

“I am excited and honored by the opportunity The Voice has given me to share the music I love with a bigger audience,” said McAndrew. “I’m thankful for the time I’ve spent at Bach to Rock with incredibly talented students, who inspired me day in and day out to turn my musical aspirations into a reality.”

Bach to Rock offers a variety of programs for both children and adults, including individual lessons, group classes such as Rock Band and early childhood programs for children as young as six months old, as well as spring, summer and winter camps.

In 2014, Washington Family Magazine named Bach to Rock to its “Best for Families” list and readers of Northern Virginia Magazine voted the company as one of the “Best of NoVa.” In 2013, Inc. magazine named Bach to Rock one of the fastest-growing private companies in America for the third consecutive year and Franchise Times ranked Bach to Rock on its Next 300 Franchise System list. Additionally, Back to Rock was named the number one company to watch by The Washington Business Journal and one of Franchise Times’ 500 Powerhouse Brands.

Bach to Rock (B2R) is a music education school for students of all ages from early childhood through high school and beyond. B2R knows learning music should be fun and students learn best when they play music they enjoy. Weekly ensemble instruction and band formations lead to public concerts, Battle of the Bands and recording sessions in B2R’s professional recording studios. B2R builds technique, fosters teamwork and enhances self-esteem through private lessons, band instruction, and public performances. Bach to Rock opened its first corporate-owned location in 2007 in Bethesda, Md., and has since grown to six corporate schools — two in Maryland and four in Virginia. There are four franchise-owned schools in Port Washington, N.Y., Wayne, Pa., Folsom, Calif., and Mamaroneck, N.Y. Additional franchised schools are slated to open in Syosset, N.Y., Bristow, Va., and Fredericksburg, Va., in 2015. Follow B2R on Facebook at www.facebook.com/BachtoRock and on Twitter at www.twitter.com/B2RMusic. For more information, visit www.b2rmusic.com or call 1-877-B2R-8558.

“The Voice” returns with the strongest vocalists from across the country invited to compete in the blockbuster vocal competition show’s seventh season. Internationally acclaimed artists Gwen Stefani and Pharrell Williams join returning mega-stars Adam Levine and Blake Shelton as celebrity musician coaches, while Carson Daly continues to serve as host.

The show’s innovative format features five stages of competition: the first begins with the Blind Auditions, then the Battle Rounds, the Knockouts, the Live Playoff’s and finally, the Live Performance Shows.

During the Blind Auditions, the decisions from the musician coaches are based solely on voice and not on looks. The coaches hear the artists perform, but they don’t get to see them — thanks to rotating chairs. If a coach is impressed by the artist’s voice, he/she pushes a button to select the artist for his/her team. At this point, the coach’s chair will swivel so that he/she can face the artist he/she has selected. If more than one coach pushes his/her button, the power then shifts to the artists to choose which coach they want to work with. If no coach pushes his/her button, the artist is eliminated from the competition.

Once the teams are set, the battle is on. Coaches will dedicate themselves to developing their team of artists, giving them advice, and sharing the secrets of their success, along with help from their celebrity advisers. During the Battle Rounds, the coaches will pit two of their own team members against each other to sing the same song together in front of a studio audience. After the vocal battle, the coach must choose which of his/her singers will advance to the next round of competition, while the losing artist is available to be stolen by another coach. Each coach has two steals available during the Battle Rounds.

At the end of the battles, only the strongest members of each coach’s roster remain and proceed to the Knockout Rounds.  Here, the artists will be paired against a teammate once more, but this time they will select their own songs to perform individually, while their direct competitor watches and waits. They are vying for their coach’s confidence and decision to take them to the Live Shows. One superstar, universal advisor will be on hand to work with all of the coaches and their teams as they prepare the artists for this challenge.  But the coaches alone will choose the winner and the artist not selected will be available to be stolen by another coach. Each coach has one steal available during the Knockout Rounds.

In the Live Playoff Rounds, the top 20 artists will compete to secure a spot in the Live Shows. Artists will perform live and America will vote to save their two favorite artists from each team. The coaches will then save one remaining artist to complete their roster. The remaining contestants will move on to the final phase of the competition, the Live Shows.

In the final live performance phase of the competition, the top 12 artists will compete each week against each other during a live broadcast. The television audience will vote to save their favorite artists. Three artists with the lowest number of votes will be eligible for the “Instant Save.” These artists will each perform a new song that represents why they should earn the save. Then, America will have the opportunity to save their favorite performer by tweeting out #VoiceSave along with the artist’s name.  The two singers with the lowest number of votes will be sent home each week. In the end, one will be named “The Voice” and will receive the grand prize of a recording contract.

“The Voice” is a presentation of Mark Burnett’s One Three Inc., Talpa Media USA Inc. and Warner Horizon Television. The series is created by John de Mol, who executive-produces along with Burnett, Audrey Morrissey, Stijn Bakkers and Lee Metzger.