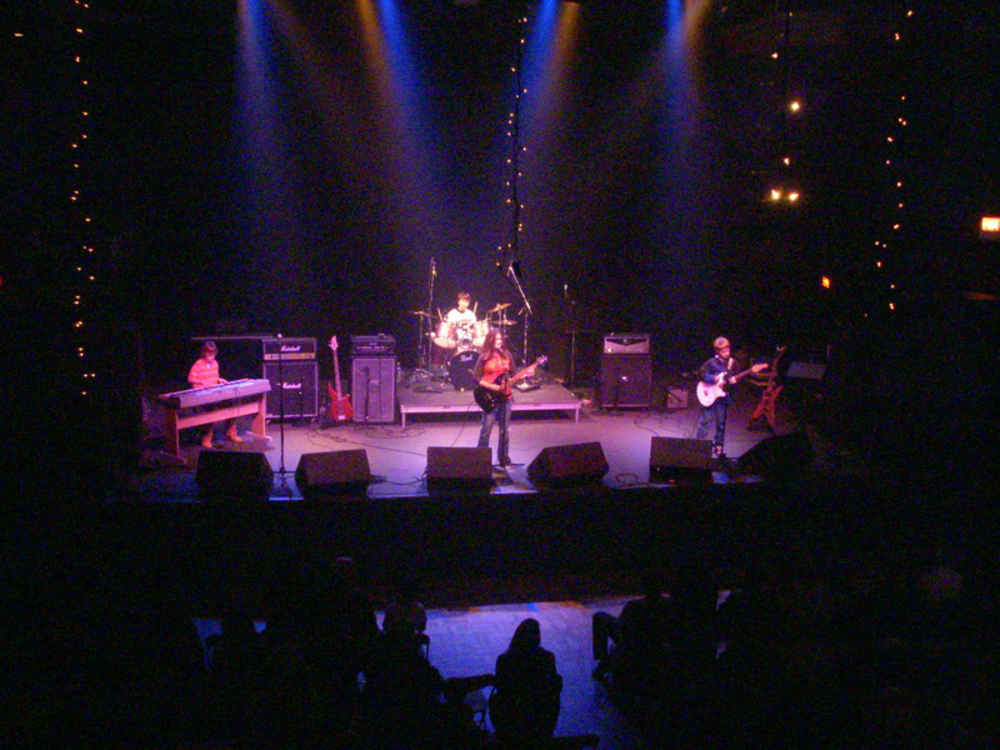 Back by popular demand, Bach to Rock (B2R), America’s music school for students of all ages, announced today that Battle of the Bands XV will electrify audiences in the D.C. metro area next month with performances by over 350 local students. An annual tradition for elementary, middle and high school kids enrolled in Bach to Rock’s Jam Band program, Battle of the Bands will take place on June 7, 14, and 16 at The Fillmore Silver Spring and on June 13 at AMP by Strathmore in North Bethesda.

“It is with pride and excitement that we share this annual tradition with the community, which gives our band students the opportunity to express their creativity and incredible talent,” said Brian Gross, president of Bach to Rock. “Our students are dedicated all-year long during their group and individual lessons offered at our six schools across Washington, D.C., Maryland and Virginia, and we look forward to listening to what will be unveiled at this year’s competition.”

Battle of the Bands XV will take place over four days at The Fillmore Silver Spring located at 8656 Colesville Road and AMP by Strathmore located at 11810 Grand Park Avenue. Admission is $5 (cash only) at the door.

Each judging panel will consist of three local musicians, which will score the 90 competing bands on ensemble precision, stage presence and musicianship. One winner from each state’s division — elementary, middle and high school — will receive the opportunity to work with a professional audio engineer to record original material in B2R’s state-of-the-art recording studios. Their performances will also be posted on B2Rmusic.com, as well as B2R’s Facebook, Twitter and YouTube pages.

Bach to Rock has repeatedly been named to Entrepreneur’s Franchise 500 and, in 2014, was named one of the fastest-growing private companies in America for the third consecutive year by Inc. magazine. Bach to Rock also is ranked as one of Franchise Times’ 500 Powerhouse Brands and on its Next 300 Franchise System list. In addition, Washington Family Magazine named Bach to Rock to its “Best for Families” list and readers of Northern Virginia Magazine voted the company as one of the “Best of NoVa.” Bach to Rock also was named the number one company to watch by the Washington Business Journal.

About Bach to Rock Bach to Rock (B2R) is a music education school for students of all ages from early childhood through high school and beyond. B2R knows learning music should be fun and students learn best when they play music they enjoy. Weekly ensemble instruction and band formations lead to public concerts, Battle of the Bands and recording sessions in B2R’s professional recording studios. B2R builds technique, fosters teamwork and enhances self-esteem through private lessons, band instruction, and public performances. Bach to Rock opened its first corporate-owned location in 2007 in Bethesda, Md., and has since grown to six corporate schools — two in Maryland and four in Virginia. There are four franchise-owned schools in Port Washington, N.Y., Wayne, Pa., Folsom, Calif., and Mamaroneck, N.Y. Five franchised schools are in development in Massachusetts, California and Virginia with an additional 30 schools sold nationwide. Follow B2R on Facebook at www.facebook.com/BachtoRock and on Twitter at www.twitter.com/BachtoRock. For more information, visit www.bachtorock.com or call 1-877- 227-8558.