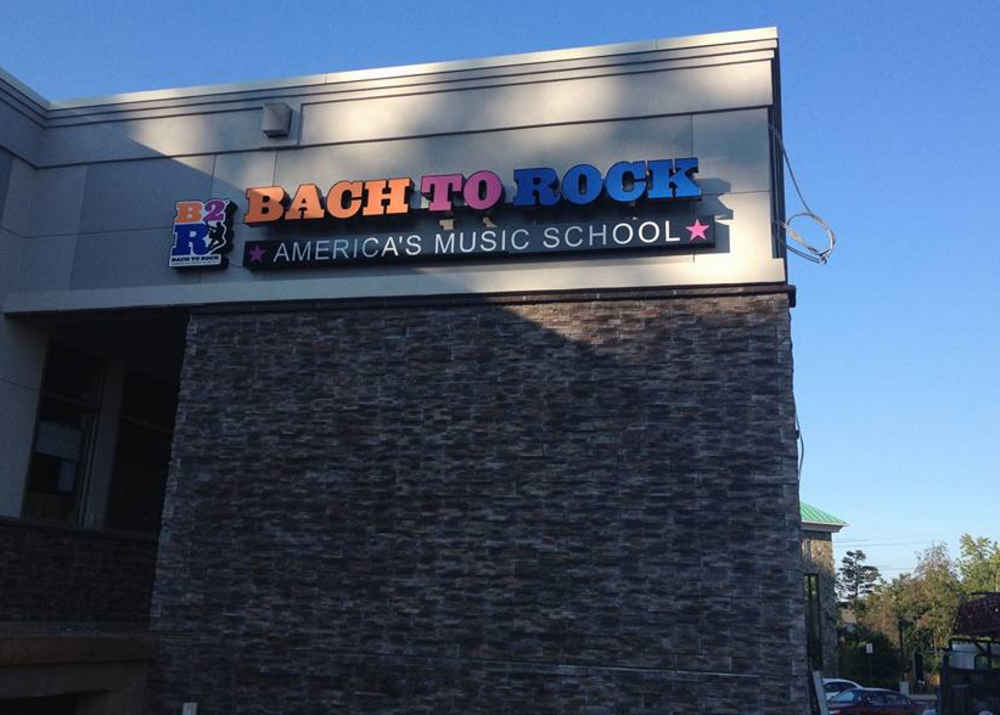 Bach to Rock (B2R), America’s music school for students of all ages, announced today that its newest Virginia location will open in Bristow on Monday, Sept. 28. To celebrate B2R’s grand opening, the school will host an open house on Saturday, Sept. 26 from 10 a.m. – 2 p.m. at 9070 Devlin Road, Suite 100. The community is invited to tour the school, learn about individual lessons and group classes, check out the recording studio, meet the teachers, and more.

“Our Virginia locations in Chantilly, Herndon, Leesburg and McLean have all received such a great response from their local communities, so we knew it was time to bring our high-quality music education to the children of Bristow,” said Brian Gross, president of Bach to Rock. “Studies have shown that learning to play music in a group helps students learn teamwork, develop social skills and build self esteem, among other benefits. Every student should have the opportunity to be exposed to music education, so we are excited to introduce our fun, progressive curriculum to families in Bristow.”

Bach to Rock Bristow will offer a variety of programs for both children and adults, including individual lessons, group classes such as Rock Band, early childhood programs for children as young as six months old, and summer camps. The school will also feature Bach to Rock’s new Touch Screen Tablet Technology, which allows teachers to customize lessons; gives parents the ability to view their children’s progress and homework; and provides administrators with the necessary tools to ensure students are receiving a well-balanced music education. With the addition of B2R Bristow, Bach to Rock will have 11 schools open and more than 30 franchised locations in development across the U.S.

“We’re thrilled to open the first Bach to Rock in Bristow and introduce our innovative music instruction to the local community,” said Sameer Patel, franchisee of B2R Bristow. “I was initially motivated to buy a B2R franchise after seeing my young children interact in the program. As a franchise owner, I believe the students in Bristow will also love the variety of programs offered at Bach to Rock and will enjoy receiving personalized instruction based on their skill level, so we can make learning music fun.”

Bach to Rock has repeatedly been named to Entrepreneur’s Franchise 500 and, in 2014, was named one of the fastest-growing private companies in America for the third consecutive year by Inc. magazine. Bach to Rock also is ranked as one of Franchise Times’ 500 Powerhouse Brands and on its Next 300 Franchise System list. In addition, Washington Family Magazine named Bach to Rock to its “Best for Families” list and readers of Northern Virginia Magazine voted the company as one of the “Best of NoVa.” Bach to Rock also was named the number one company to watch by the Washington Business Journal.

To learn more about music school franchise ownership opportunities with Bach to Rock, as well as its veteran and franchise referral programs, contact Ralph Rillon, vice president of franchise development, at 1-855-227-7570 or franchise@bachtorock.com, or visit www.bachtorockfranchise.com.

For more information on B2R Bristow and to register for classes, please call 703-373-7260, email bristow@BachtoRock.com or visit https://www.bachtorock.com/bristow/.

Bach to Rock (B2R) is a music education school for students of all ages from early childhood through high school and beyond. B2R knows learning music should be fun and students learn best when they play music they enjoy. Weekly ensemble instruction and band formations lead to public concerts, Battle of the Bands and recording sessions in B2R’s professional recording studios. B2R builds technique, fosters teamwork and enhances self-esteem through private lessons, band instruction, and public performances. Bach to Rock opened its first corporate-owned location in 2007 in Bethesda, Md., and has since grown to six corporate schools — two in Maryland and four in Virginia. There are five franchise-owned schools in Bristow, Va., Port Washington, N.Y., Wayne, Pa., Folsom, Calif., and Mamaroneck, N.Y. Five franchised schools are in development in Massachusetts, California, Texas, Florida and Virginia with an additional 30 schools sold nationwide. Follow B2R on Facebook at www.facebook.com/BachtoRock and on Twitter at www.twitter.com/BachtoRock. For more information, visit www.bachtorock.com or call 1-877-227-8558.