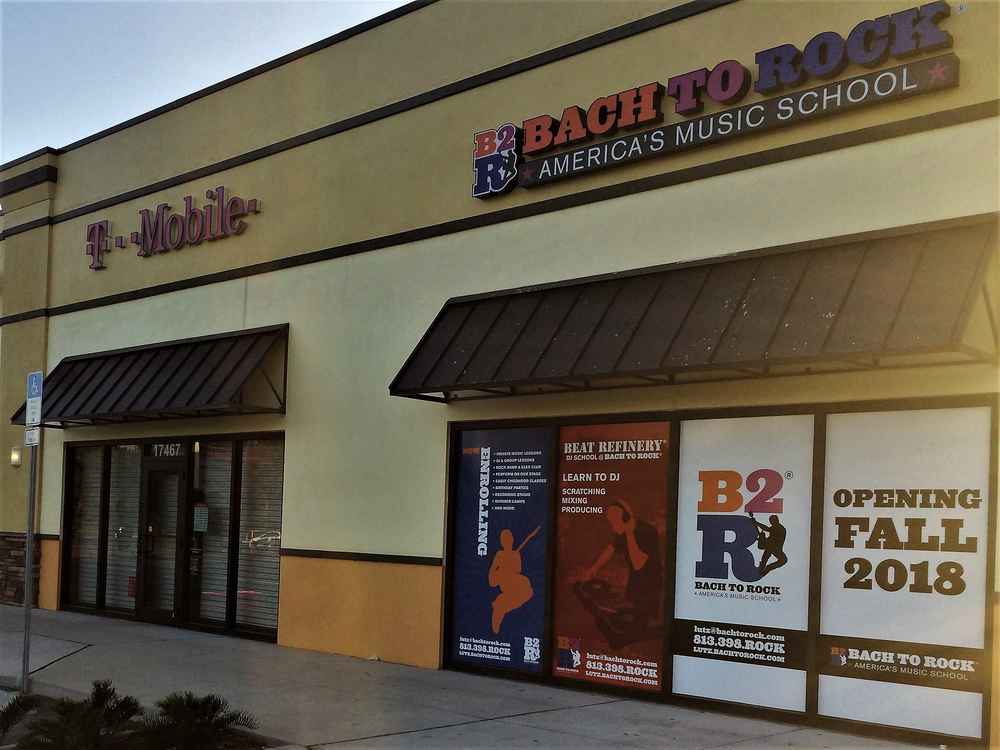 Local Music and Radio Executive Headlines as the School’s Owner

Bach to Rock (B2R), America’s music school for students of all ages, proudly announces the opening of its newest school in Tampa, Florida. The community is invited to the free grand opening event on Saturday, November 10, 2018 from 10 a.m. – 2 p.m. at 17463 N. Dale Mabry Highway, Lutz, Florida, 33548 in the Van Dyke Commons shopping plaza.  Attendees are invited to tour the school, which pays tribute to Florida bands and musicians, take a free music lesson, enter prize drawings and giveaways, and enjoy live performances.  A wide assortment of music memorabilia will adorn the school’s hallways and walls, including references to Matchbox 20, NSync, Tom Petty and Lynyrd Skynyrd — who each debuted in Florida.

Tampa resident Rick Schmidt is the new franchise owner of the school. As a music and radio executive for over 20 years, he is tapping into his background to offer families a meaningful and valuable music education experience for their kids. “Having a hands-on franchise owner with Rick Schmidt’s experience adds a certain cachet. His roots in the radio and music industry are deep. He knows how to help musicians grow and evolve their talents,” said President of Bach to Rock, Brian Gross.  Schmidt’s career includes programming Tampa’s 98Rock and some of the nation’s largest rock radio stations, signing recording artists to music labels and marketing large events and venues.  As a radio program director, Schmidt helped launch the careers of Florida bands Sister Hazel, Creed and Shinedown.

“Owning a Bach to Rock school is a high point in my career. I’m able to give back to our community and help inspire a new generation of musicians with our progressive music education program,” said Schmidt.   Bach to Rock dials in to what’s hot in music to appeal to students and cultivates their talents from there.  “We teach the basics and music theory, but we make it relatable, which helps foster learning,” continued Schmidt.  Bach to

to Rock provides instruction in a variety of music genres like alternative, country, pop, rock, jazz and EDM.

Bach to Rock Lutz will offer a variety of programs for students of all ages including: individual and group lessons in piano, voice, guitar, drum, DJ and more; music programs for preschoolers and toddlers; beginning piano for children in grades K-2; along with summer camps and birthday parties. Bach to Rock also offers MyB2R, an online dashboard offering customers real-time access to student progress and more. MyB2R is the only digital service of its kind in the music school industry, and provides the ability to track student advancement, schedule lessons, obtain homework and stream over 300 pre-recorded songs to practice at home.

Bach to Rock has repeatedly been named to Entrepreneur’s Franchise 500 and Franchise Times has ranked it as one of the 500 Powerhouse Brands and on its Next 300 Franchise System list.

Nationally, Bach to Rock is experiencing a robust and steady growth, with 36 schools presently operating and an additional 12 schools opening by the first quarter of 2019. Nineteen of those schools are in eight Top Ten markets, ranked by population.  The franchise is trending to become a $15 million brand, teaching over 10,000 children and adults this year alone and over 45,000 since the company’s inception in 2007.