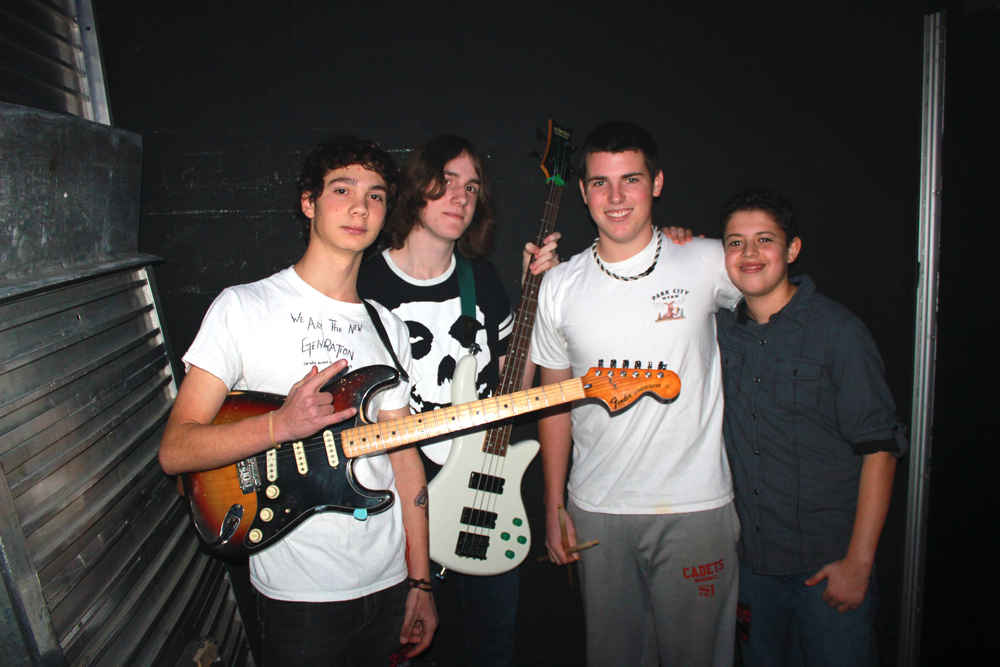 Bethesda, Maryland, November 12, 2009— November 12, 2009 – Bethesda, Maryland – Middle Schooler Josh Bernstein didn’t want a traditional Bar Mitzvah party. Instead, he dreamed up a way to use his big event to benefit cancer research and he enlisted a group of other middle schoolers to help him out. His band, “Pulse,” will present Rock 4 A Cure, a special concert to benefit cancer research, on December 6, 2009 at 6 PM at Potomac Community Center.

Josh, age 12, who is having his Bar Mitzvah in January 2010, is the vocalist for Pulse. When Josh went to Israel two years ago, he learned that a five year old cousin had recently died of a malignant brain tumor, and was deeply affected by the news.“I decided to combine my passion for music with my strong desire to find a cure for cancer,” Josh said. “We will be giving the money to Israeli cancer researchers, who are doing some extremely important studies.”

Performing both originals and covers, Pulse has been together for more than a year, and was organized through Bach to Rock in Gaithersburg, Maryland. The group has performed in two Battle of the Bands, and in numerous other venues in the DC area. This October, Pulse was the only Middle School band featured in “Wootton Rocks.” Other band members are drummer Kyle Lefelar of North Potomac, guitarist Mikey Ambrosino of Rockville, and bass player Trevor Mooney of Germantown.

Admission to “Rock 4 A Cure” is free. A $5 donation to the Israel Cancer Research Fund is recommended.