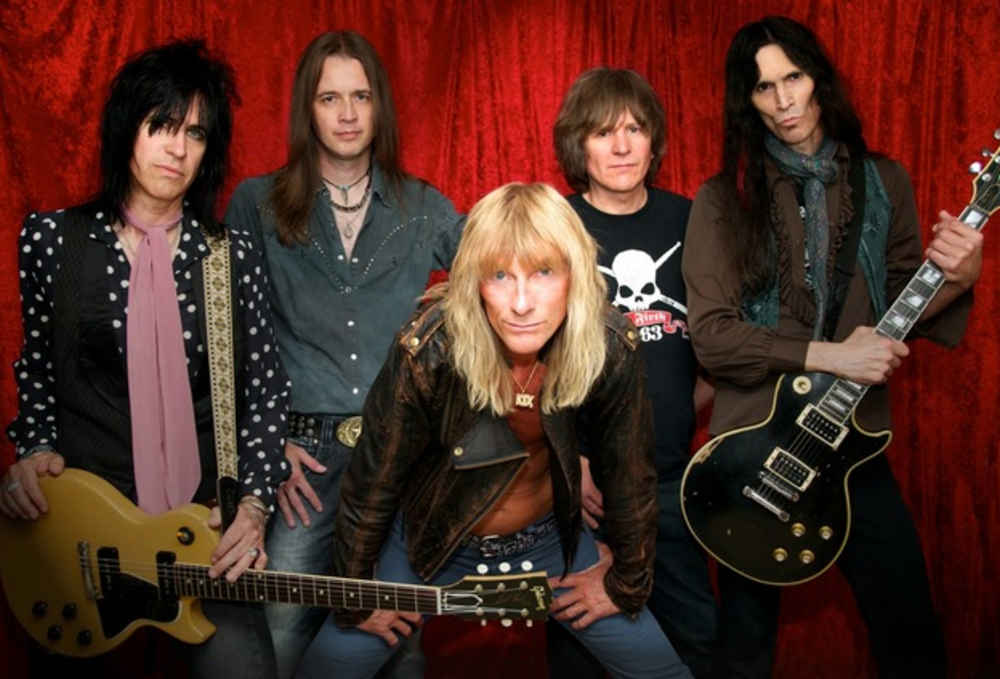 When Mark Schenker isn’t rocking out onstage with his bandmates in Kix, he’s rocking out with a bunch of kids aspiring to become musicians.

Schenker, Kix’s bassist, is an instructor at Bach to Rock, a music school that has a branch in South Riding, Va., where he lives.

He teaches bass, guitar and recording arts to students who range in age from 10 to 17. He also coaches bands at the school.

“I have some really, really talented kids who are jaw-droppingly good,” Schenker says during a telephone interview. “Sometimes I’m like, ‘God, I wish I was that talented when I was that age; I wouldn’t have to work so hard to be halfway good.'”

Kix, a hard-rock band that reached its commercial peak in the late 1980s and early 1990s with songs like “Don’t Close Your Eyes,” “Blow My Fuse,” “Cold Blood” and “Girl Money,” will perform Friday at the Chameleon Club in downtown Lancaster.

Schenker is the newest member of Kix — which includes singer Steve Whiteman, guitarist Ronnie Younkins, guitarist Brian Forsythe and drummer Jimmy Chalfant — as he joined the band in 2003 when it reunited after calling it quits in 1995. He replaced Donnie Purnell.

Schenker, an Army brat who was born in Texas but hopscotched around the country, including a stay in Erie, has been playing in rock bands since he was in high school. He played in a promising group called Centerfold that played nonstop for about four years, but it never got signed by a record label and disbanded.

During that time, however, the band had opened for Kix and he became friends with the band members.

When Kix decided to hang it up, singer Whiteman formed a band called Funny Money and asked Schenker to join.

About 40 percent of Funny Money’s repertoire consists of Kix songs, so Schenker got to know the material well. It only seemed natural that Schenker would get the job when Kix reformed without Purnell.

“The best thing about being in Kix,” Schenker says, “is those guys are so good. It’s funny how you don’t realize how good somebody is until you play with them a lot. I knew those guys were great because I was a Kix fan from back in the day.

“But I remember the first time I stepped onstage with all those guys and it was like, ‘Holy crap, these guys are monsters.’ ”

Schenker, a songwriter, says Kix is getting ready to record a new studio album, which would be its first since 1995’s “$how Bu$ine$$.” The band this year did release “Live in Baltimore,” a CD/DVD that Schenker produced and mixed.

“We feel pretty confident about putting out material that will stand up to the old Kix stuff,” he says. “Otherwise, there’s no way we would do it.”

Schenker, a huge Rush fan who has seen the Canadian band 45 times, says Kix is plenty busy, especially during festival season in the summer. When Kix isn’t playing, Funny Money, which has become a side project, is.

And he finds time to devote three days a week to the kids at Bach to Rock.

“It’s very rewarding helping kids play music,” he says. “It’s really fantastic. I wasn’t sure if I’d enjoy it, but it’s really worked out. It’s one of the best things I’ve done in my life.”

Read the Article on Lancaster Online