Learning to play a musical instrument challenges the brain in new ways. In addition to being able to discern different tonal patterns and groupings, new motor skills must be learned and coordinated in order to play the instrument. These new learnings cause profound and seemingly permanent changes in the brain structure. For example, the auditory cortex, the motor cortex, the cerebellum, and the corpus callosum are larger in musicians than non-musicians.(How the Brain Learns by David A Sousa, pg 225)

Of all the academic subjects, mathematics seems to be most closely connected to music. Music relies on fractions for tempo and on time divisions for pacing, octaves, and chord intervals. Here are some basic mathematical concepts that are basic to music.

Ratios and Proportions, and Equivalent Fractions – Reading music requires an understanding of ratios and proportions, that is, a whole note needs to be played twice as long as a half note, and four times as long as a quarter note. Because the amount of time allotted to one beat is a mathematical constant, the duration of all the notes in a musical piece are relative to one another on the basis of that constant. It is also important to understand the rhythmic difference between 3/4 and 4/4 time signatures. (How the Brain Learns by David A Sousa, pg 227)

Several studies confirm a strong association between music instruction and standardized tests of reading ability. Although we cannot say that this is a causal association (that taking music instruction caused improvement in reading ability), this consistent finding in a large groups of students builds confidence that there is a strong relationship (Butzlaff, 2000). Researchers suggest that this strong relationship may result because of positive transfer occurring between language and reading.

Studies done with 4 and 5 year old children revealed that the more music skills children had, the greater their degree of phonological awareness and reading development. Apparently, music perception taps and enhances auditory areas that are relevant to reading (Anvari, Trainor, Woodside, & Levy, 2002).(How the Brain Learns by David A Sousa, pg 229)

With Music On Their Mind 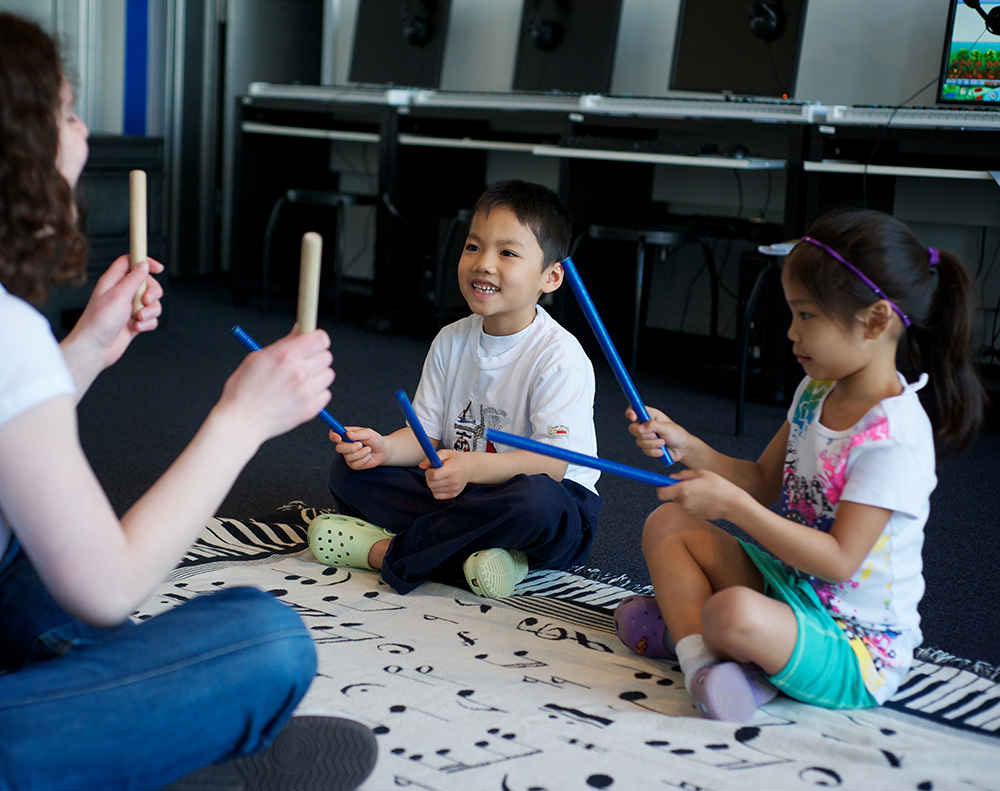 “Young children who synchronize their movements through musical activities become more socially cooperative than those who do not. There is a strong link between rhythm and reading skills… read more“