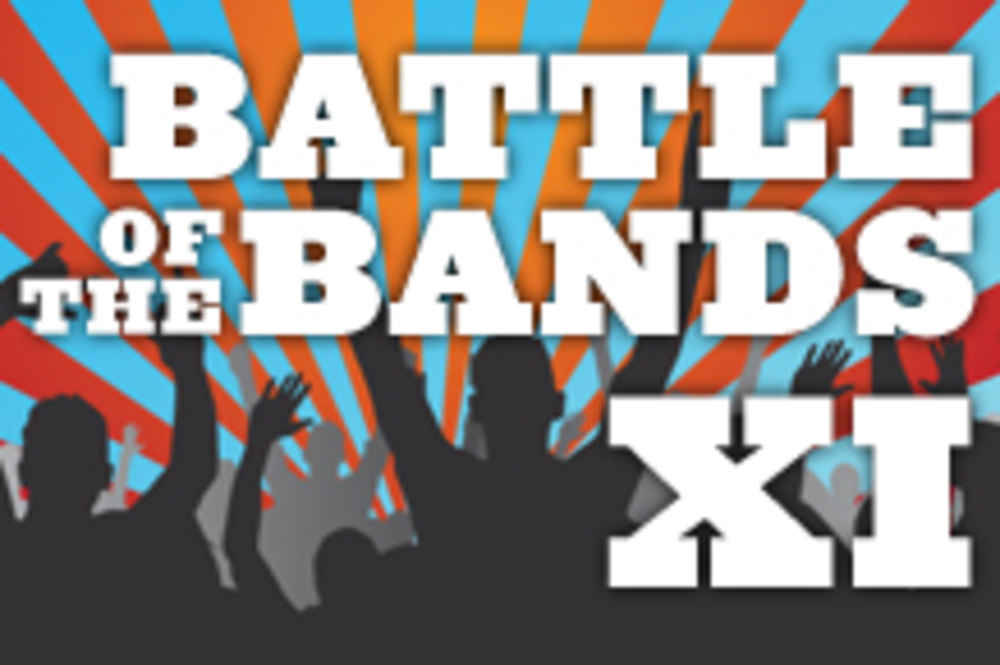 Bach to Rock (B2R), America’s music school for students of all ages, announced today that B2R Battle of the Bands XI will kick-off at the Fillmore Silver Spring January 12-13, 2013, before strumming back to the 9:30 Club on January 27, 2013, for a jam band showdown. Hundreds of local area students will showcase their incredible talent, performing a mix of original music and popular hits, for a chance to win professional studio recording time.

“We’re expecting a packed house at this years’ Battle of the Bands competition,” said Brian Gross, president of Bach to Rock. “Our student bands have been practicing for weeks and are ready to hit the stage. We encourage the local community to come out to this fun, exciting event and cheer on their hometown rock stars.”

A semi-annual tradition for the students enrolled in B2R’s Jam Band program, the 2013 Battle of the Bands will take place over three days:

In total, there will be more than 80 bands competing, and thousands of friends, family members and excited fans in the audience cheering them on. Battling bands will be evaluated based on musicianship, ensemble precision and stage presence. Winners will receive the opportunity to work with a professional audio engineer to record original material in B2R’s state-of-the-art recording studios. Their performances will also be posted on B2Rmusic.com, as well as B2R’s Facebook, Twitter and YouTube pages.

In 2012, Inc. magazine named Bach to Rock as one of the fastest growing private companies in America for the second consecutive year and the Washington Business Journal named it the number one company to watch in 2012. Washington Family Magazine readers also voted it Best Music Instruction. Co-founded by a Juilliard-trained middle school teacher, B2R transformed music instruction into a team sport by coupling rigorous individual instruction with “jam sessions” that keep students motivated by playing in a group. To date, there are six corporate-owned schools located in Maryland and Virgina, as well as one franchise-owned school in Port Washington, New York slated to open in early 2013. The brand recently announced a development agreement to expand its footprint in Pennsylvania. To learn more, visit www.b2rmusic.com.

About Bach to RockBach to Rock (B2R) is a music education school for students of all ages from early childhood through high school and beyond. The B2R method is based on the belief that learning music is fun and students learn best when they play music they enjoy. Weekly ensemble instruction and jam sessions lead to public concerts, Battle of the Bands and recording sessions in B2R’s professional recording studios. B2R builds technique, fosters teamwork and enhances self-esteem through private lessons, band instruction, and public performance. B2R schools are currently located in Maryland in Bethesda and Gaithersburg,Virginia in McLean, Herndon, South Riding and Landsdowne. The franchise-owned Port Washington, NY location will open in early 2013. The company was voted “Best Music Instruction” in 2012 by Washington Family Magazine. For more information, visit www.b2rmusic.com.

Read the article on Digital Journal, WAFB, The Street