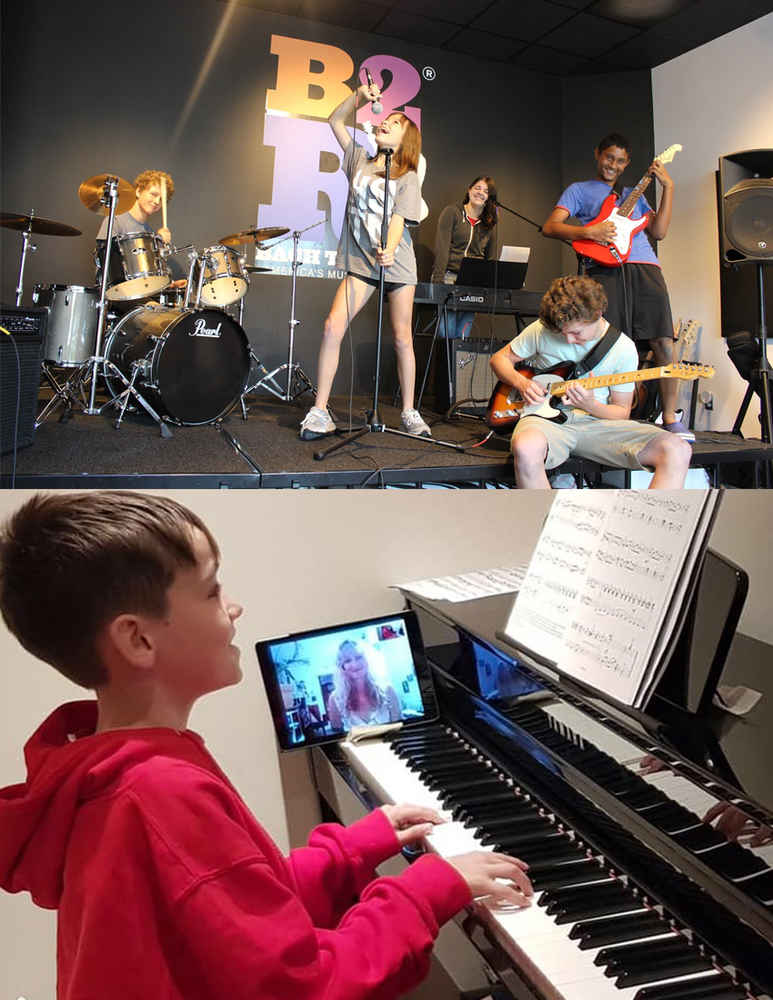 Bach to Rock (B2R), America’s music school for students of all ages, is now offering both virtual and in-person summer camps at the majority of its forty-three schools across the United States. Parents will have the option to choose their preferred format. Some schools remain closed for in-person camps, however virtual camps are available.  In March, due to the COVID-19 pandemic, Bach to Rock transitioned all of its schools to remote-only music lessons, but now is able to shift to a combination of online and in-person summer camps as stay-at-home restrictions are lifted by individual states.  Bach to Rock customer surveys indicate that parents want to fill their children’s days with enriching and fun activities, and continuation of music lessons and camps is a priority.

“The summer is a wonderful opportunity for kids to learn how to play a new instrument, form a band, take voice lessons and make positive memories along the way. Summer camps provide a much-needed creative outlet for children, and with thousands of traditional camps unable to operate this year, kids need some joy now more than ever. Bach to Rock is proud that we’ve been able to adapt to help families during this incredibly challenging time,” said Brian Gross, president of Bach to Rock.  Since the addition of virtual learning, Bach to Rock instructors have taught over 70,000 lessons. Parent reviews show extremely high ratings for Bach to Rock’s quick response to the COVID-19 pandemic, their professionalism, and dedication keeping students enjoying and engaged in lessons.

At Bach to Rock summer camps, children can learn to play guitar, piano, ukulele, or drums and also learn to sing, during daily 45-minute to 90-minute sessions for week-long intervals. Options are also available for music production and songwriting.  Bach to Rock is offering small cohort group-based camps once appropriate re-opening phases are announced in each state.   In-person camps will follow Centers for Disease Control and American Camp Association Guidelines pertaining to wearing masks, disinfecting, social distancing, small cohort groupings, and limits on capacity.  Scheduling is based on school location.

Bach to Rock is reshaping music education on a national scale by turning solitary, boring music lessons into a group activity that is more like a team sport.  B2R focuses on providing a well-balanced music education because, ultimately, that is what parents are looking for. Students learn the intricacies of music — from theory to how to read music. Bach to Rock is the music school kids would have designed for themselves.  They get to jam with other kids right away and play current hits. The learning is the same, but the enjoyment factor is much higher.

Bach to Rock is an opportunity for entrepreneurs to build a business that is dedicated to helping children and adults learn to play the music they love. To learn more about music school franchise ownership opportunities with Bach to Rock, as well as its veteran and franchise referral programs, contact Ralph Rillon, vice president of franchise development, at 1-855-227-7570 or franchise@bachtorock.com, or visit www.bachtorockfranchise.com.

Bach to Rock  is a music education school for students of all ages from early childhood through high school and beyond. B2R knows learning music should be fun and students learn best when they play music they enjoy. Weekly ensemble instruction and band formations lead to public concerts, Battle of the Bands and recording sessions in B2R’s professional recording studios. B2R builds technique, fosters teamwork and enhances self-esteem through private lessons, band instruction, and public performances. Bach to Rock also offers MyB2R, an online dashboard offering customers real-time access to student progress and more. MyB2R provides the ability to track student advancement, schedule lessons, obtain homework and stream over 300 pre-recorded songs to practice at home.

Bach to Rock is experiencing continuous growth, with 43 schools open and an additional seven schools in development. Nineteen of those schools are in eight Top Ten markets, ranked by population.  The franchise is trending to become a $25 million brand, teaching over 55,000 children and adults since the company’s inception in 2007.   Follow B2R on Facebook and on Twitter. For more information, visit www.bachtorock.com or call 1-877-227-8558.