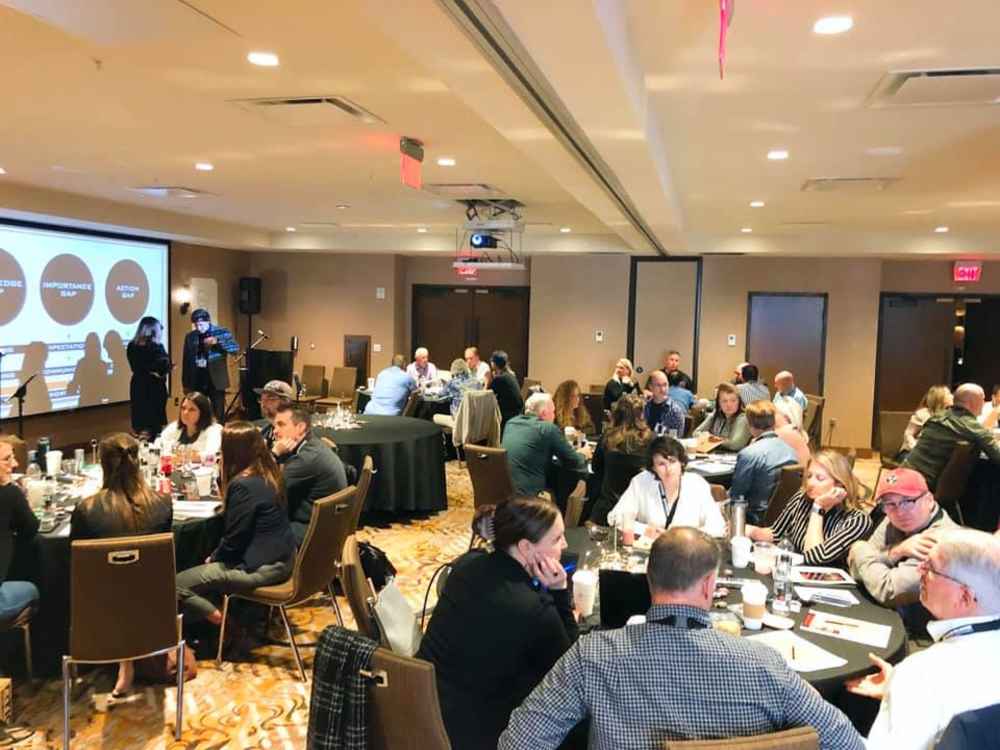 Bach to Rock, America’s music school for students of all ages, experienced strong growth in 2021 despite pandemic instabilities and is trending toward a robust 2022.  The Bach to Rock system closed 2021 with system-wide revenue totaling over $22 million.

Bach to Rock’s outreach to students and families in 2021 is particularly noteworthy. The brand taught over 23,000 students throughout its network of forty-nine schools, which is an average of 480 students per school.  Over 500,000 lessons were given, which is a 34 percent increase over 2020.  Additional 2021 highlights include:  the opening of five new franchised schools; pivoting to virtual learning since the start of the pandemic (now offering both in-person and online classes to meet families’ needs); and hosting its First Annual National Franchisee Conference.

Projections for 2022 feature plans to open ten new schools, with locations in Arizona, California, Kansas, Massachusetts, Minnesota, New Jersey, Ohio, Pennsylvania, Tennessee, and Texas. In January 2022, Bach to Rock experienced a 42 percent increase in revenues versus January 2021, which is a positive indicator for future annual performance. Looking further into 2022 and beyond, Bach to Rock has development plans for an additional nine new schools.

“Our franchisees have demonstrated unparalleled persistence and resilience over the past year, and thanks to their efforts, Bach to Rock continues to be a financially sound business opportunity with exciting potential,” said Brian Gross, president of Bach to Rock.  “I am so proud of our performance in 2021. Reaching nearly 500 students per school is a testament to our innovative curriculum and how attractive it is to parents and students,” continued Gross. Bach to Rock anticipates a very strong and productive 2022 as it steadily increases its presence throughout the United States. 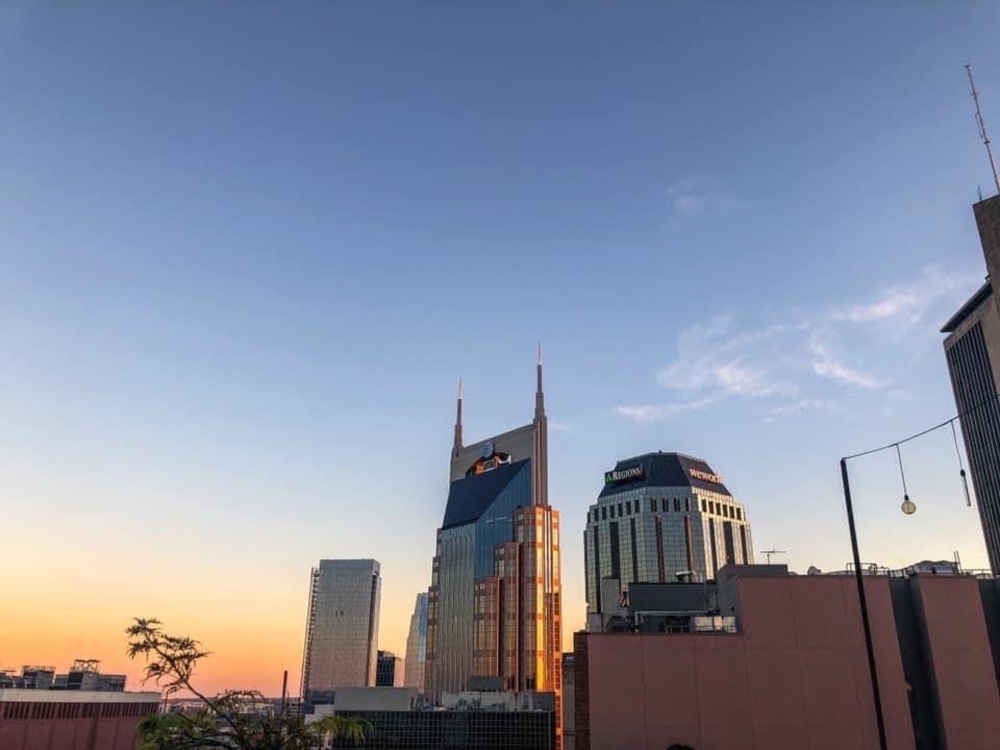 Bach to Rock’s First Annual Franchisee Conference, held in Nashville last November, united franchisees from the entire Bach to Rock school network. The two-day conference featured presentations by: Bach to Rock’s Brian Gross; Sandy Gennaro, drummer for artists including Cyndi Lauper and Joan Jett; and Kevin Scharnek, Area Developer and multi-unit operator of Orange Theory Fitness.  Owners had the opportunity to meet in person, share experiences and build a stronger sense of community. “The National Conference is just one example of how closely we work with our franchisees. It reinvigorated everyone in the B2R family and fostered a sense of togetherness that many bigger companies just can’t provide,” said Ralph Rillon vice-president franchise development and sales.  Bach to Rock is dedicated to building one-on-one relationships, providing hands-on training, and facilitating franchisee success every step of the way.  “Our service to franchisees is one of our greatest strengths,” continued Rillon. As part of its commitment to franchisees, Bach to Rock is developing a series of profiles highlighting outstanding owners who will share their experiences as inspiration to others seeking to open a new school or expand their existing business. 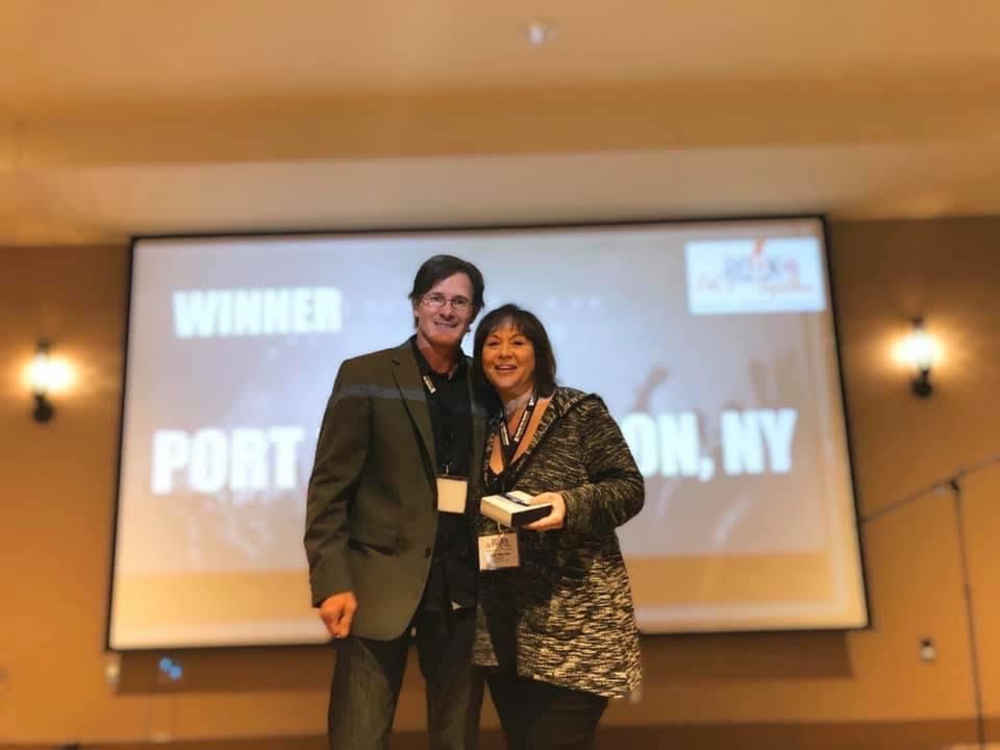 Brian Gross, president of Bach to Rock, recognizes Bach to Rock of Port Washington for joining the $750K Club and for serving the most band students. Accepting the award is Elana Hayden, site director for the school.

Bach to Rock is a music education school for students of all ages, from early childhood through high school and beyond. B2R knows learning music should be fun and students learn best when they play music they enjoy. B2R is the music school kids would have designed for themselves, with weekly ensemble instruction and band formations leading to public concerts, Battle of the Bands and recording sessions in B2R’s professional recording studios. B2R builds technique, fosters teamwork and enhances self-esteem through private lessons, band instruction, and public performances.

Bach to Rock’s Beat Refinery DJ school is Serato certified, making it one of only a handful of schools in the United States and worldwide to offer the elite training developed by Serato. Serato, founded in 1999, is the premier provider of audio software to the DJ industry.  The Serato certification ensures that select Bach to Rock DJ instructors have been trained and authorized to teach using Serato software and equipment.

Bach to Rock is experiencing continuous growth, with forty-nine schools open, ten schools scheduled to open in 2022 and an additional nine schools in development into 2023. The franchise is trending to become a $25 million brand, teaching over 170,000 children and adults since the company’s inception in 2007.  Follow B2R on Facebook and on Twitter. For more information, visit bachtorock.com or call 1-877-227-8558.