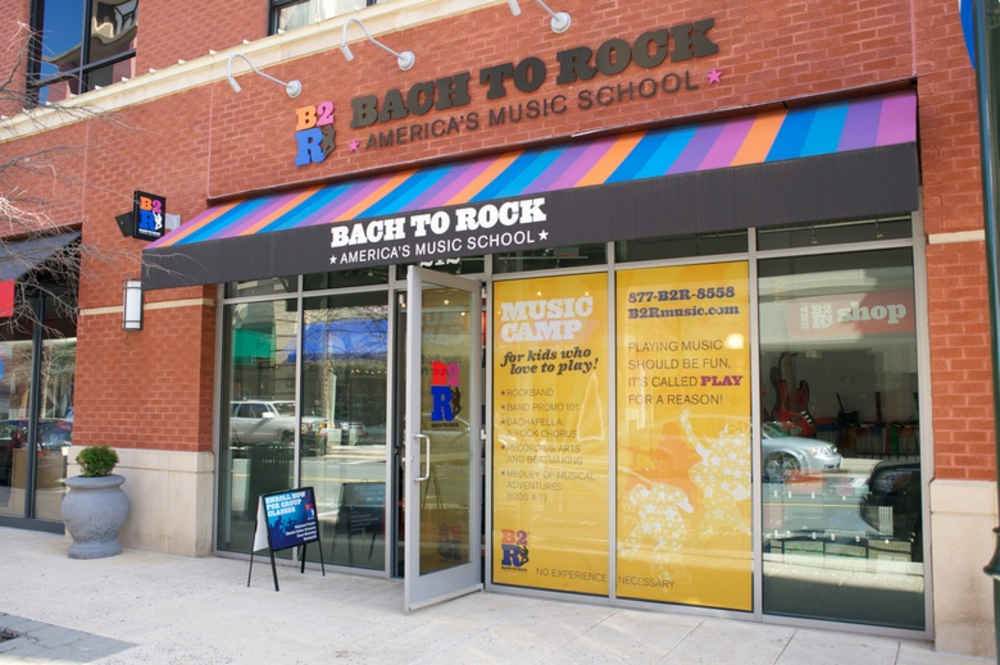 Bach to Rock (B2R), America’s music school for students of all ages, announced today that Gaithersburg, MD student Jarret Karner has been awarded a three-month scholarship from the Rock School Scholarship Fund based on his passion and desire to learn to play rock music. With interest in playing music at an all-time high according to the National Association of Music Merchants and more public schools cutting their arts programs, opportunities for students looking to advance their talents can come to life with programs such as RSSF that offer financial support.

“We’re especially proud of Jarret’s accomplishments since joining Bach to Rock’s Gaithersburg school last summer,” said Billie Joseph, site director of Bach to Rock Gaithersburg. “We believe that the opportunity given to him by the RSSF will allow him to develop his rock music skills as he continues to explore Bach to Rock’s educational opportunities.”

In 2009, Wendy Winks and Carl Restivo co-founded the RSSF in order to ensure that youths who want to learn how to play rock music have the opportunity to do so. The duo saw how academic grades improved with music education and witnessed exemplary behavior from their students. Additionally, they noticed that students from diverse backgrounds become fast friends as they learn to make music together.

RSSF provides scholarship funding to approved rock schools for students aged 7-17. Currently, 27 rock music schools are on the approved list including all B2R school locations in the Greater Washington, D.C. area. Restivo and Winks envision a nationwide program that will serve hundreds of rock schools and thousands of students.

“RSSF is designed to provide assistance to families whose children have the passion and desire to learn how to play rock music, but who may qualify for financial support during these tough economic times,” said Wendy Winks, executive director of RSSF. “We are happy to offer our scholarship program to students at Bach to Rock schools who are interested in advancing their musical talents and applying their skills in a positive way.”

Co-founded by a Juilliard-trained middle school teacher, B2R transformed music instruction five years ago into a team sport by coupling rigorous individual instruction with “jam sessions” that keep students motivated by playing in a group. The first corporate-owned location in Bethesda, Md. opened in 2007 and B2R now has six corporate-owned schools, including two in Maryland and four in Virginia. Earlier this summer, B2R announced an agreement with its first franchisee, Amplified Capital Partners, LLC, to open a chain of Bach to Rock schools in New York and Connecticut. The first location plans to open in New York in the fall of 2012.

To learn more about Bach to Rock, visit www.b2rmusic.com. For information on applying for upcoming scholarships from the Rock School Scholarship Fund, visit www.RockSchoolFund.org.

Bach to Rock is a music education school for students of all ages from early childhood through high school and beyond. The B2R method is based on the belief that learning music is fun and students learn best when they play music they enjoy. Weekly ensemble instruction and jam sessions lead to public concerts, Battle of the Bands and recording sessions in B2R’s professional recording studios. B2R builds technique, fosters teamwork and enhances self-esteem through private lessons, band instruction, and public performance. B2R schools are currently located in Maryland in Bethesda and Gaithersburg, and in Virginia in McLean, Herndon, South Riding and Landsdowne. For more information, visit www.b2rmusic.com.

About The Rock School Scholarship Fund

The Rock School Scholarship Fund (RSSF) is the first 501(c)3 non-profit which provides scholarship funds and instruments for children ages 7 to 17 years of age who want to attend ANY rock music school in the U.S.A. A rock music school teaches kids to play music by teaching them rock and roll, with a curriculum that includes Led Zeppelin, The Who, AC/DC, Pink Floyd, Frank Zappa, The Beatles, and Black Sabbath….the Classics! The Fund will provide instruments and scholarship funding to cover tuition expenses based on a student’s financial need combined with their desire to actively and passionately participate in a rock school program, and not on “talent” per se. If a student wants to attend a rock school but his or her parents cannot afford full tuition, they may apply for a scholarship based on financial need. The RSSF currently works with 27 schools in 9 states. For more information, visit www.rockschoolfund.org.