Bach to Rock Franchisees Represent a New Trend Among Gen-Xers 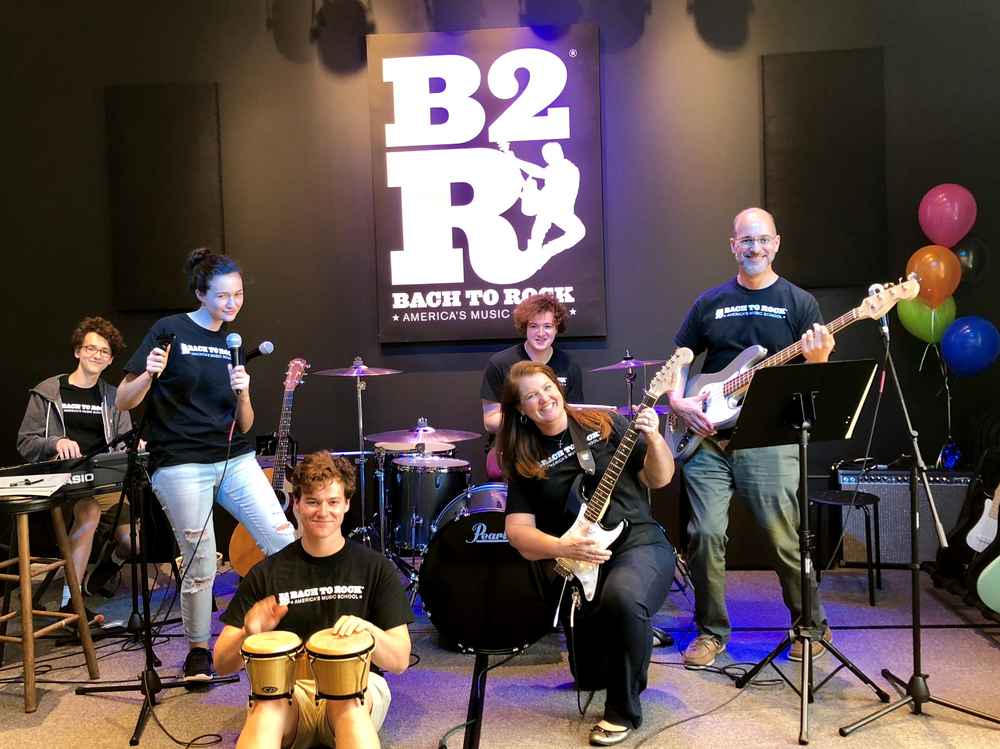 Bach to Rock (B2R), America’s music school for students of all ages, has instructed over 55,000 aspiring musicians since opening its first school in 2007 and it is trending to become a $25 million brand.  The franchise’s steady growth has come, in part, because it appeals to a cross-section of eager entrepreneurs and passionate music lovers who hope to restyle the music education industry by owning a Bach to Rock music school. They are transitioning to second careers after achieving success in other professions.  Simultaneously, they see the profit potential of a sustainable franchise in a market that’s largely untapped.  Presently, Bach to Rock is comprised of 6 corporate schools and 35 franchisee-owned schools.   Nineteen of those schools are in eight Top Ten markets, ranked by population.

“Bach to Rock franchisees are coming to us after successful careers in other professions, fueled by a passion for music and music education.  They have demonstrated success in managing something, whether that’s as vice president or president within a company or whether it’s their own business. Plus, they are involved members of their community,” said Brian Gross, President of Bach to Rock.

Bach to Rock is profiling top franchisees to dive into this trend to inspire others about the unique proposition of becoming a Bach to Rock franchisee in a second career.

Check out the Bach to Rock cover story in the February 2020 issue of Franchising USA Magazine featuring Bach to Rock Carmel, IN. Open to page 10 in the link below.

Married for 29 years, four children, and two successful careers. The Flickners led a busy and rich life before changing careers and deciding to open their own B2R school in August 2018.   But what led them to B2R and how have they become so successful?

Andy, an engineer in his former professional life, is a musician at heart.   Presently, he and his oldest son, Stephen are in a duo that performs locally.  Andy began playing piano and guitar at age eight, and his love of music continued into his adult life.  However, Andy’s interests shifted as he advanced into college and beyond.  His knack for analytics and managing details surfaced and ultimately led him to a successful 25-year career in

R & D engineering and management.  Yet Andy’s passion for music never waned and he played part-time in bands and did solo gigs in the Indianapolis area.  In early 2017, he felt a change in the wind with his employer at the time, and he began to think about alternative career paths.   Music was in his heart and soul.   Some internet searching started, and he found Bach to Rock.   He was convinced it was his future.

Jennifer started her career as an elementary school teacher and later continued as an educator/event planner at a local high school. In between, Jen took a break from full-time teaching to pursue an even more important full-time job, raising her and Andy’s four kids.   Jen’s strong foundation in education, her innate ability to multi-task and her management skills were key factors in the couple’s decision to open a B2R school.  Andy and Jen knew they had complementary traits and strengths, and the utmost faith in each other to embark on this new chapter.  Jen often remarks that Andy is very thorough and analytical researching important decisions and Andy notes that Jen brings great “warmth, joy and structure to our school.”   Their entire family is involved with the school, loves it and it has brought them closer than ever.

But how have they become so successful in just over a year?

The Flickners attribute their success to hard work, persistence, sticking to the franchise development plan, tackling issues head on and finding resolutions in a positive way.  They also put great faith in relationships.   At the top is their relationship with each other and their children, followed by their connection with the B2R corporate team, their staff and importantly, the rapport they’ve cultivated with their customers.   Their school reflects their personalities – warm, welcoming, positive, passionate, knowledgeable and full of talent.

Learn more about the Flickners and their successful Bach to Rock franchise.

Bach to Rock  is a music education school for students of all ages from early childhood through high school and beyond. Bach to Rock is reshaping music education on a national scale by turning solitary, boring music lessons into a group activity that is more like a team sport.  B2R knows learning music should be fun and students learn best when they play music they enjoy. Weekly ensemble instruction and band formations lead to public concerts, Battle of the Bands and recording sessions in B2R’s professional recording studios. People who become B2R franchisees identify with this progressive approach and see the need to provide this education enrichment to their communities.