An All Inclusive Music School 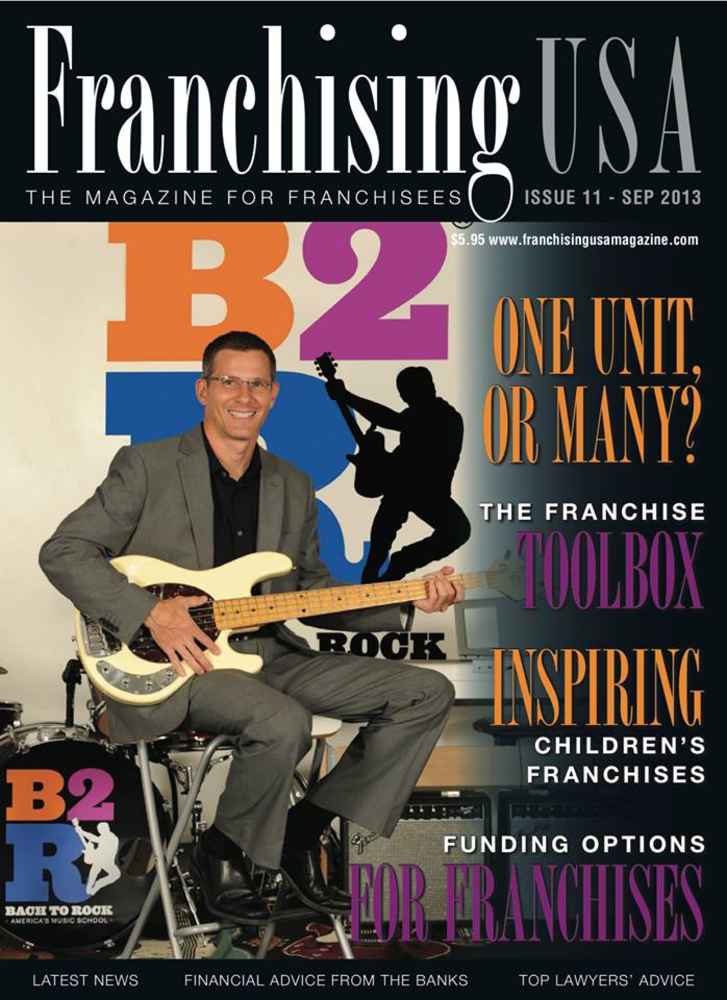 Bach to Rock is no ordinary music school. Offering private lessons and group sessions for students of all ages and musical tastes, B2R’s innovative and passion-fueled curriculum is the basis of its unique concept.

The B2R philosophy is playing music should be fun and students learn best when joined together to play music they love. Founded in 2007, B2R is the product of music teacher and school founder’s innovative teaching methods and CEO Brian Gross’ business branding expertise. Gross’ company, Cambridge Information Group, acquired the music school in Bethesda, Md., and built off the existing curriculum to create a professionally branded and commercialized business, replicable by those without music degrees.

Each month, over 3,000 students from six months old to adults take lessons across the eight schools. No musical experience is required and students are provided with instruments. B2R is based on three key fundamental principles.

Students should play whatever music they want to

By making this possible, students are motivated and have greater engagement. “In our music schools, we use an innovative approach to music instruction based on the belief that everyone learns faster playing the music they like, whether it’s rock or Bach, and the technical foundation is the same,” Gross explains.

Students should join group lessons to improve their individual musicianship

Playing with other musicians builds teamwork, develops social skills and fosters self-esteem. As part of the curriculum, all groups perform publicly, starting at the in-house performance space, and working up to coffee shops, festivals and then culminating in events at nationally renowned venues.

Original songwriting and recording are also part of the program and Battle of the Bands showcases are held. “By playing with other musicians, students learn how to take time and cues from fellow players, harmonize and develop their skills, improving their individual musicianship,” Gross says. 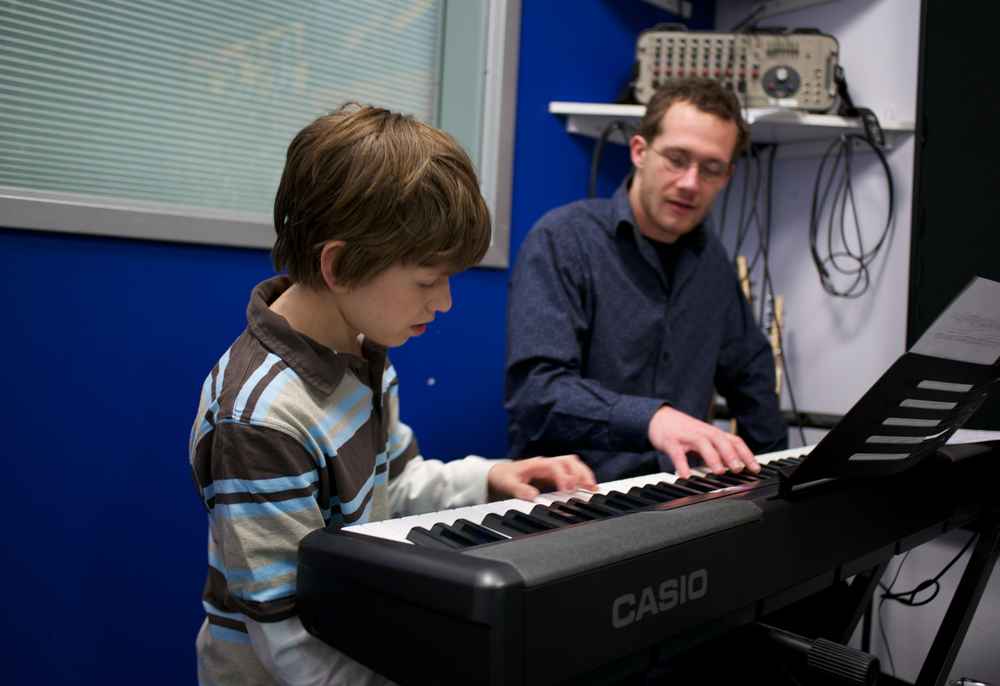 B2R’s curriculum divides songs into different arrangement levels, starting from raw beginner to the original score. By allowing students to play songs they like through simplified versions and build upon them as they grow as musicians, students feel an early sense of success.

“Students who have early success are more motivated and driven to have continued success,” Gross explains.

Differing from other music schools in its aggressive programming, extensive genres and age of students, B2R’s diversity means a broader revenue stream. Last year, B2R rolled out a “Mommy and Me” program for children between the ages of six months and three years called “Rock n Roll.” They also expanded on the genre instrument base opening two schools dedicated to DJ instruction.

“Music has not been more central to culture at any point in history, with the only other close decade being the 60’s,” Gross says, “and you can see it playing out in a lot of different ways.”

Touching on top-ranking music-centric shows such as Glee and American Idol, and Apple’s revolutionized music consumption business through products like iTunes, iPods and iPhones, Gross says computer software is allowing people to record and edit songs from their homes and instrument ownership has risen 10 percentage points in the last decade.

At the same time public school systems are slashing music budgets, kids who previously received music education in school no longer can, forcing parents to look elsewhere for instruction.

“If you look at the factors driving the demand for consumption of music, it’s at an all-time high in our history,” Gross says. “Our expectation is we will be the branded music school of choice across the nation as we grow over the next five years.”

After opening six company-owned schools, B2R became an official franchisor in 2011. Today the company has sold 10 franchises, with two open in Pennsylvania and New York and four more opening in early 2014. Located in prime real estate space, schools average 2,500 sq. ft. and are composed of an upward of 12 classrooms. Each school is also equipped with a professional recording studio and performance space.

B2R’s franchisees are provided with the tools and training required to be successful. Beginning the franchising procedure with a discovery process, both parties meet and get to know each other. The potential franchisee is then introduced to the school’s marketing, operations and curriculum, and visits a current B2R location.

A B2R franchisee should be a successful businessperson, and passionate about education music and children. Musical experience is a bonus, but not required, and every employee must pass an extensive background check. The franchisee must undergo three rounds of training detailing ownership, operations, staffing and management. An ongoing support staff is also assigned to the franchisee to assist when necessary.

“The types of training and support we offer is where we excel,” says Gross. “The power of the brand also creates a lot of added value for franchisees.”

The franchise fee for a B2R school is $35,000 with a seven percent royalty fee and two percent national advertising requirement.

“The most rewarding aspect is working with children in a way they love while educating them, at the same time growing and building a national business,” states Gross.

For the third consecutive year, Inc. Magazine listed B2R as one of the fastest growing privately owned companies in the country. The Washington Business Journal deemed B2R “the company to watch for int he D.C. area,” and Washington Family Magazine called B2R “the best music school in the D.C. area.”

B2R’s goal is to have 500 units within the next decade. “We have a lot of great territories available and are actively and aggressively looking to fill markets in Boston, Chicago, Atlanta, Texas and Southern California,” says Gross.

Selling 10 Franchises in the lat 18 months, Gross believes these numbers will continue to grow significantly now that B2R is establishing itself as a national music school brand.