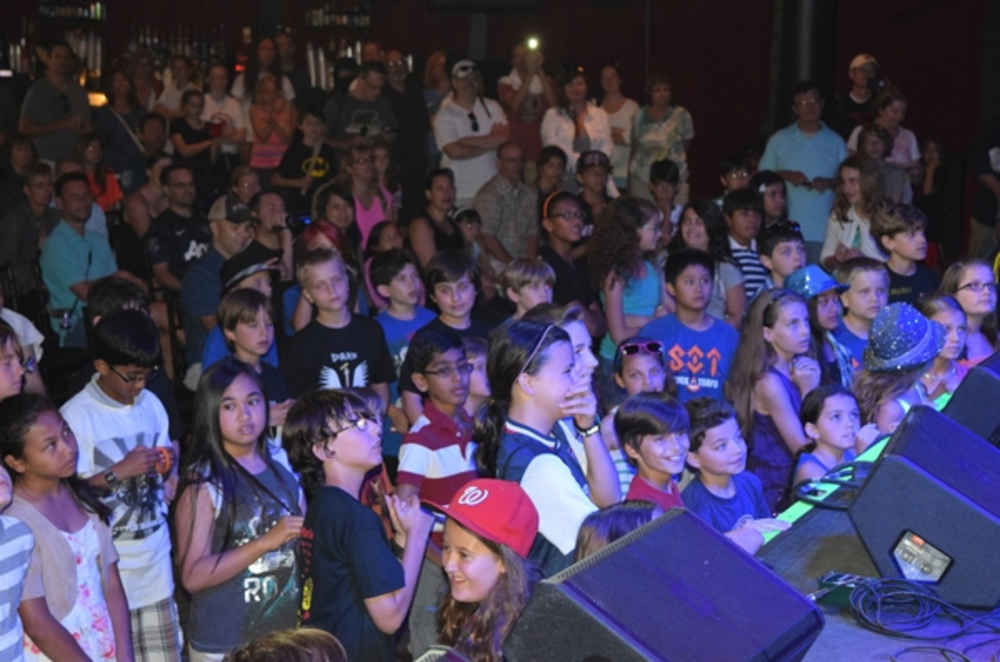 Bach to Rock (B2R), America’s music school for students of all ages, announced today that B2R Battle of the Bands XIV will take the stage in June for another jam band showdown. Hundreds of local students will bring their musical talents to Empire, The Fillmore Silver Spring and Bethesda Blues & Jazz Supper Club on June 14, 15 and 21, 2014, for a chance to win professional recording studio time. Competing bands will be judged on musicianship, ensemble precision and stage presence.

“We feel privileged to be able to share with the community a semi-annual event that gives our students the opportunity to showcase their hard work and incredible talent,” said Brian Gross, president of Bach to Rock. “Week after week, our students have practiced for Battle of the Bands XIV during their group and individual lessons offered at our six schools across Washington, D.C., Maryland and Virginia. We’re always excited to see the outpouring of support from families, friends and community members as they cheer on these local rock stars, and we look forward to seeing both old and new faces at this year’s event.”

A semi-annual tradition for the students enrolled in B2R’s Jam Band program, Battle of the Bands XIV will take place over three days at Empire, The Fillmore Silver Spring and Bethesda Blues & Jazz Supper Club. Admission is $5 (cash only) at the door.

Each judging panel will consist of 3 local musicians, which will score the 90 competing bands on ensemble precision, stage presence and musicianship. One winner from each state’s division — elementary, middle and high school — will receive the opportunity to work with a professional audio engineer to record original material in B2Rs state-of-the-art recording studios. Their performances will also be posted on B2Rmusic.com, as well as B2R’s Facebook, Twitter and YouTube pages.

About Bach to Rock Bach to Rock (B2R) is a music education school for students of all ages from early childhood through high school and beyond. B2R knows learning music should be fun and students learn best when they play music they enjoy. Weekly ensemble instruction and band formations lead to public concerts, Battle of the Bands and recording sessions in B2R’s professional recording studios. B2R builds technique, fosters teamwork and enhances self-esteem through private lessons, band instruction, and public performances. Bach to Rock opened its first corporate-owned location in 2007 in Bethesda, Md., and has since grown to six corporate schools — two in Maryland and four in Virginia. There are three franchise-owned schools in Port Washington, N.Y., Wayne, Pa., and Folsom, Calif. Additional franchised schools are slated to open in Long Island, N.Y., West Chester County, N.Y., Denver, Colo., Bristow, Va., and Fredericksburg, Va., in 2014. Follow B2R on Facebook at www.facebook.com/BachtoRock and on Twitter at www.twitter.com/B2RMusic. For more information, visit www.b2rmusic.com or call 1-877-B2R-8558.