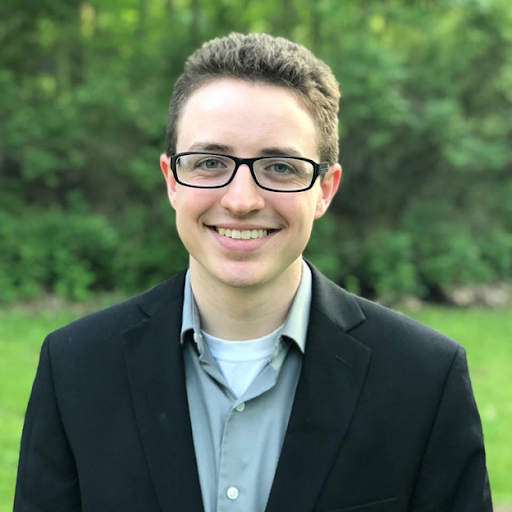 Caleb F. grew up in the town of Fenton, Michigan after being born in Libertyville, Illinois. He went to school at Lake Fenton all the way from Kindergarten to 12th grade. He had always been interested in music, and his mom would always laugh when he would bounce up and down to Shania Twain at age 2. Around the age of 8, his mom decided to have him take piano lessons. He ended up quitting because he didn’t like it that much, but in 5th grade, he decided to play the alto saxophone for the Lake Fenton band program. He really enjoyed playing the saxophone and would eventually make his way to first chair in the high school band, but there was an even greater love he would discover soon. Around 7th grade, he would start taking private drum lessons. This is when Caleb found the instrument that he truly loved. He had always had a great ear for rhythm, and this is where he would be able to best express that talent. From 7th to 12th grade, Caleb took private lessons with his drum teacher, a man by the name of Andy Garcia. Andy was the man that truly unlocked Caleb’s potential. He encouraged and challenged Caleb as much as he could, giving him the tools to succeed in his post high school life.

Why do you teach music?
What motivates you to continue? Aside from it being a good source of income, I teach music because it’s a wonderful feeling when something finally “clicks” for a student. This is also what motivates me to continue. Being that person that finally helps a student understand something that they never would’ve figured out on their own is a great feeling. It’s a lot easier to teach yourself a skill in the age of the internet, but I don’t think anything will ever be able to replace a human teacher. Being a teacher is also a great opportunity to be a positive role model in a kid’s life, which is sometimes even more important than what they’re learning musically.

What are your goals in the music industry?
Long term and short term. My primary/long term goal in the music industry is to make a full time living as a session and/or touring drummer. That’s been my dream ever since I started really getting interested in music during my adolescence. My short term goal is to increase and diversify the amount of performing I’m doing at the moment, and to get more into producing and mixing my own music.

How has Bach to Rock helped you move closer to achieving these goals?
What are your thoughts on our school? Bach To Rock has helped me move toward my goals in the industry by providing me with experience in the workplace, as well as more experience teaching. Doing company events and networking that way has helped me further sharpen my interpersonal skills, which are more important than many people think in the music industry. “It’s who you know” as they say, and I’ve gotten the opportunity to converse with a lot of children, parents, and potential customers during my time here. Bach To Rock is a fantastic place for people of all ages who are looking to not only take private lessons, but to apply those lessons in a band context with other musicians their age. 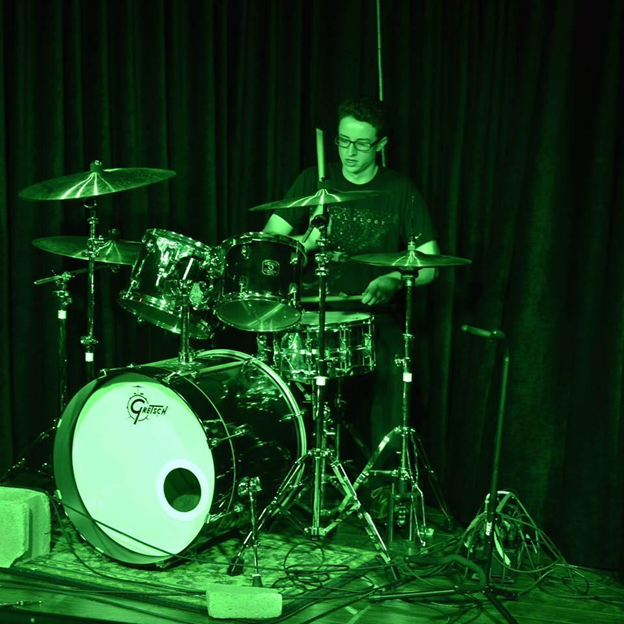 Who are some of your musical influences? Favorite artists?

Describe your best memory(ies) at Bach to Rock.
My best memories at Bach To Rock so far have been working diverse events with my wonderful coworkers. It’s a lot of fun to be able to hang out and jam with fellow instructors, while also socializing with potential customers! Another great memory was playing cover songs at the Naperville farmer’s market, also with fellow instructors.

Is there anything else you would like to add?
I’d love to give a shout-out to the two indie rock bands I play drums for, Josh LaSota and Distinctly Human, formerly known as Calio. Both have music on Spotify and Apple Music that you should totally check out! I personally recorded drums for the songs “Unto Your Name” and “The Glass House” on the Distinctly Human album.